We go on with the PID letters. This post deals with the I. You can visit the first posts of this series, the introduction to PID, and the proportional post.

In the previous post, I introduced to you what was a PID control and how the P — for proportional — was working in it. This post is about the I of PID.

As you can remember from my previous posts, a PID is most of the time a coded feedback loop control working into a system that includes at least:

A PID is a tool used for politely but firmly asking a machine to move or react precisely the way you want while adapting to its changing environment.

The changing environment can be, for example, a dynamic charge or something slowing the rotation.

I remind you of the must-known vocabulary you will need to go on reading:

Now, to the point:

The I stands for integral because it integrates the computed error into the PID command.

What does that even mean?

Then the error must not be seen as a variable anymore but as a function of time. Let’s call it ε(t).

Let’s get back to the integral thing. Integration is a mathematical operation applied to a function continuous into a given interval. Let me write the method of calculation down here, just for fun:

f(x) is the function, and it’s integrated from x = a to x = b. You can express it like this: “The integral of f(x) from a to b is equal to the primitive F of f at b minus the primitive F of f at a. The primitive of a function is the inverse of the derivative, but at this point, you don’t care. We don’t want to go too deep into mathematics. Let’s say that integrating a function is like calculating the area between its representative curve and the x-axis (abscissa) and into a wanted interval where the function is defined: 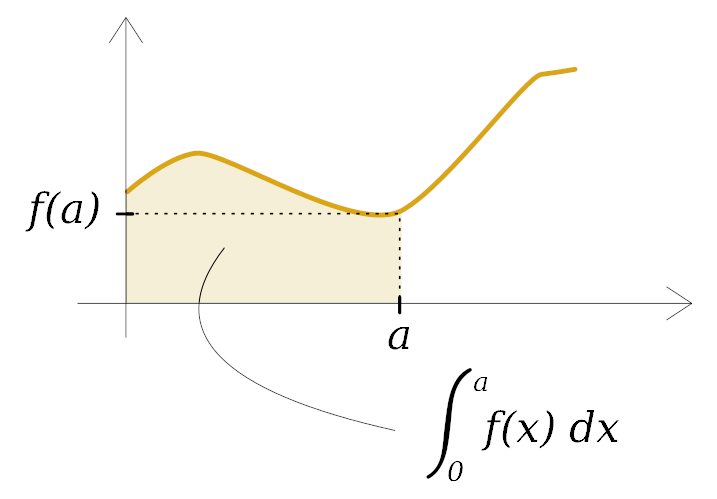 Thinking of area, integrating a function — although it’s not too difficult if you know how to use the method — may seem like pain: it’s like dividing the area into a bunch of really thin rectangles (the thinner, the better), calculating their area, and adding them together. It results only in an approximation because the upper side of a rectangle doesn’t quite follow a curve: 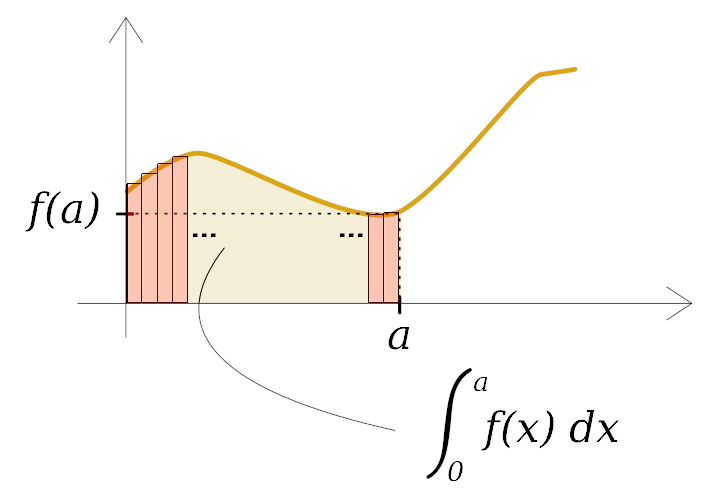 There is virtually an infinite number of values stuck between the two numbers 0 and a, for example, whatever is a. So no one reasonable will accept to do the maths with almost infinite numbers of thin rectangles.
Let’s breathe a moment. There are not only maths in life. There is nature too. 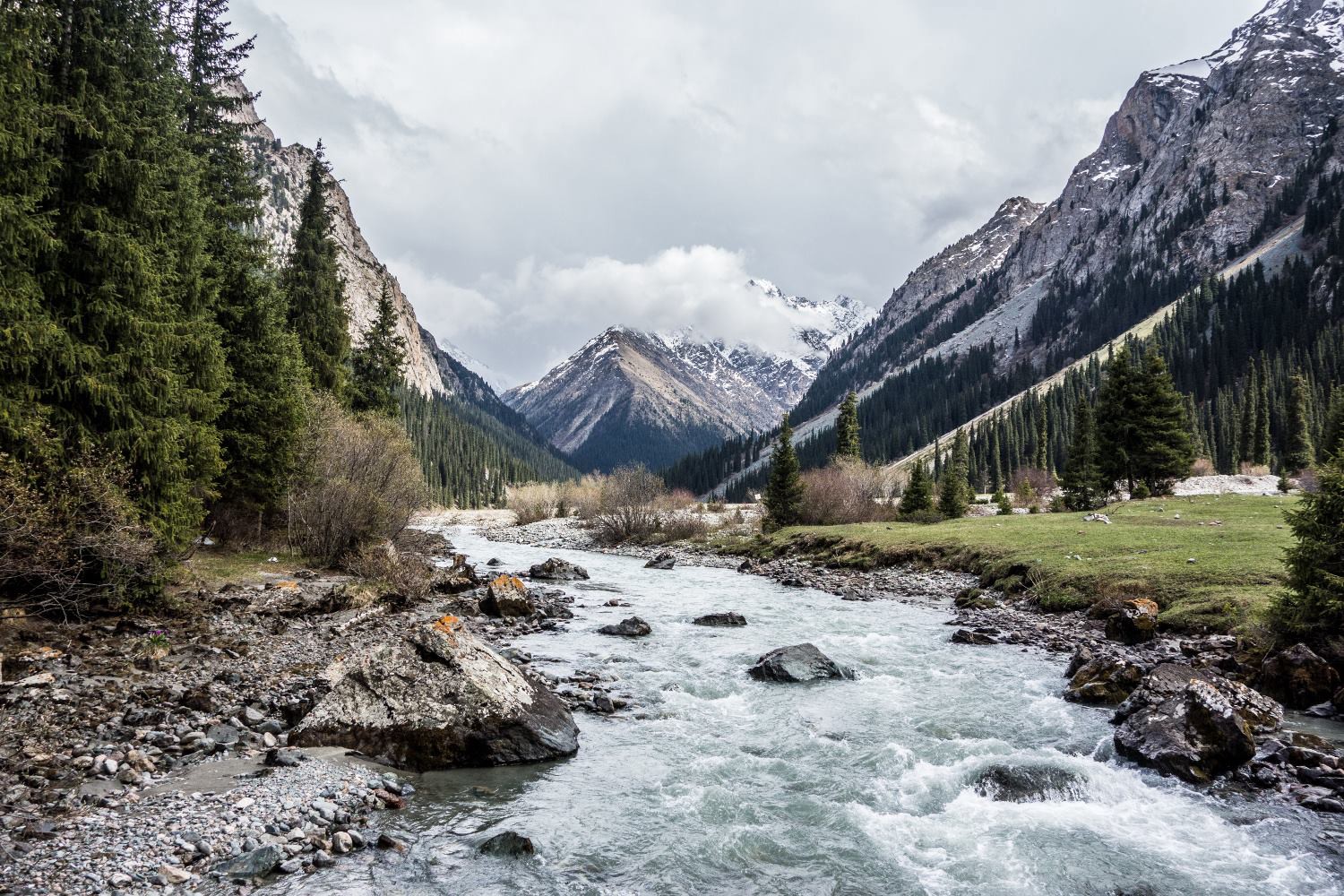 No. Infinite. Number. No. Complicated. Maths.

Still, the question remains: How to integrate ε(t)?

It’s easy: You add together all the previous values of the error function. It’s like adding all the thin rectangles under the error curve.

Then you multiply the total by a constant called KI, which will allow you to control the power of an integral part. For example, if KI is very small, like KI = 0.005, the essential part will have very few effects on the command. KI, like KP, is a value you will want to set to tweak your final PID.

Here is how you want to express it: you declare a variable, let’s call it sum_e, that will iterate with each new value of the error ε(t) at each loop of the system, something like sum_e += e (e being the error at each loop), and you multiply this variable by KI in the command function. We now have this:

Note: When you program a control loop feedback, at the beginning of the actual PID loop code and just after defining the error e = set_point -process_variable, the line sum_e += e is essential, so that in the following passage into the loop sum_e would evolve.

Visually, after many loops, the operations made by the integral command look like this on the system: 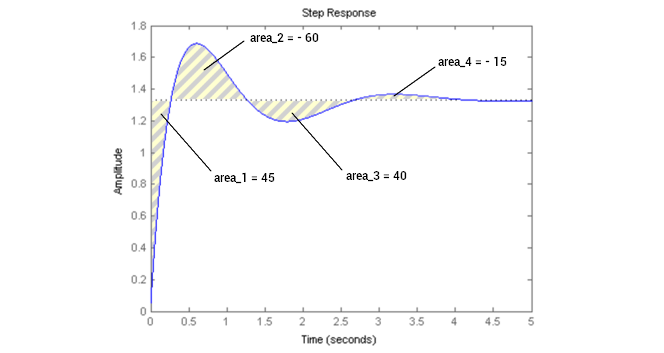 Don't hesitate to start with Luos and discover our tutorials by following our get started step by step!

The effects of I

The integral looks into the past of the system.

You now have two parameters to tune, KP and KI. You can program a proportional control for your system and refine it with an integral control, making it a PI.

In the next post, we will see the last letter of PID, the D.